Are you looking for lottery diversity? Are you in Malaysia? If so, you’re lucky! There are numerous operators and a wide range of games in the country. Today, we will take a look at the portfolio of STC 4D – Sandakan Turf Company.

The company is defined as a lottery operator, meaning it has the authority to issue tickets, collect funds for their purchase and distribute prizes among the winners. In essence, the company is similar to the numerous other prominent lottery operators in Malaysia – Sabah 88, Magnum Corporation and Sports Toto Malaysia.

Everise Ventures Sdn Bhd is a nationally-licensed operator. Malaysia’s government has a set of regulations and a legal framework affecting the manner in which companies operate lotteries in the country. Sandakan Turf Club falls under national jurisdiction, which means you can rest assured all of its activities are legitimate.

The History of STC 4D

With time, Sandakan Turf Club has gained a lot of popularity. Today, Everise Ventures has over 40 agencies scattered throughout East Malaysia.

Everise Ventures was set up back in 1994, and the company commenced operations shortly after. As per the latest information, it generates annual revenue of 2.8 million dollars – a figure that qualifies STC 4D among the big lottery players in Malaysia.

Apart from running lotteries in Malaysia, the company is responsible for the support of social and charitable activities. For the past 22 years, for example, Everise Ventures has been carrying out charity programs to mark the Chinese New Year and to assist underprivileged individuals.

Company representatives are also very vocal in the fight against illegal gambling in Malaysia. Illegitimate lotteries are still a severe problem in the country. Everise Ventures has long been pushing for legal changes that will leave Malaysians solely with legitimate lottery opportunities to explore.

Currently, Everise Ventures is the only licensed 4D forecast operator on the territory of Sabah.

As already mentioned, the company is the only legal 4D operator on the territory of Sabah.

Just like in the case of other 4D games, STC 4D has players choosing a four-digit number in the range from 0000 to 9999. The minimum bet is one ringgit, and 23 winning numbers are chosen per every single drawing. Those who match all four numbers in the correct order will collect a prize of 3,500 ringgits per one-ringgit bet.

At the time being, Sandakan Turf Club does not offer alternative lotteries or variations of the 4D game like other Malaysian operators.

Is STC 4D Legitimate or a Scam?

The Sandakan Turf Club has been around for more than 20 years – an extended period, over which the company has established its positions and reputation in Sabah.

You can easily find corporate and media reports that verify the licensing of Everise Ventures and the company’s right to carry out betting games.

There is no reason to worry about the acquisition of STC 4D ticket. It is a legitimate Malaysian lottery, and if you win, you will be paid out in full. While illegal lotteries do abound in Malaysia, the Sandakan Turf Club is not one of them.

Sandakan Turf Club lotto tickets can be acquired from the extensive nature of STC agents throughout Eastern Malaysia.

More information about the locations and the addresses of the numerous retail venues is available on the official STC website.

When you buy a ticket from one of the authorized venues, you will receive a proof of purchase in the form of a ticket receipt. This is the one you need to keep and present in the event of winning a 4D prize. The receipt should feature several types of information like the date of the drawing, your four-digit number, the type of bet (big or small), the total bet in ringgits, the date of purchase and the ticket bar code.

At the time being, this is the only possibility for the acquisition of an STC 4D ticket. Everise Ventures does not offer an online ticket buying options. If you are not on the territory of Malaysia right now, there will be no opportunity for the purchase of STC 4D tickets online. 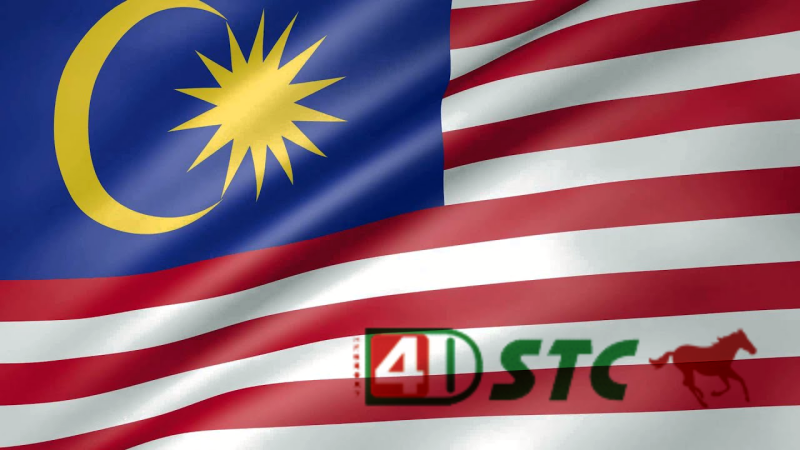 Who Can Play STC 4D Lotteries?

Sandakan Turf Club lotteries follow the national regulations that apply to all betting games held on the territory of Malaysia.

To buy a ticket, you have to be aged at least 21, and you also need to be non-Muslim.

Players cannot acquire tickets for more than four upcoming STC 4D drawings – another essential to keep in mind when visiting one of the authorized Sabah venues.

Foreigners who are residing legally on the territory of Malaysia can test their luck in the local lottery games. There aren’t nationality limitations or requirements. The only restriction comes in the form of an inability to purchase STC 4D tickets from another country via an online platform.

Where Can You Find Sandakan 4D Results?

STC 4D live drawings occur three times per week at 7 p.m. Malaysian local time. The drawings are conducted at the Everise Ventures headquarters, and they’re publicly accessible. To attend a drawing and witness the STC 4D live announcement of the results, an individual needs to be aged 21 or older.

Once the drawing takes place, Sandakan 4D results are published on the official STC 4D website. Leading local newspapers also post the information the next day. The STC 4D results are also available via the agencies that sell tickets and pay the prizes.

Malaysia 4D Results is also committed to providing the latest and most reliable information for a wide array of lotteries. We do upload the latest Sandakan Turf Club numbers, as soon as these become available. You can also access an extensive numbers archive that can be utilized for reference purposes.